Each location was at least 50m within the 30mph zone . The devices recorded traffic volume and speed, in each direction, on a 24hour basis.

The devices remained in place for a full 7 days. OCC then removed them and provided SAFER with the data. 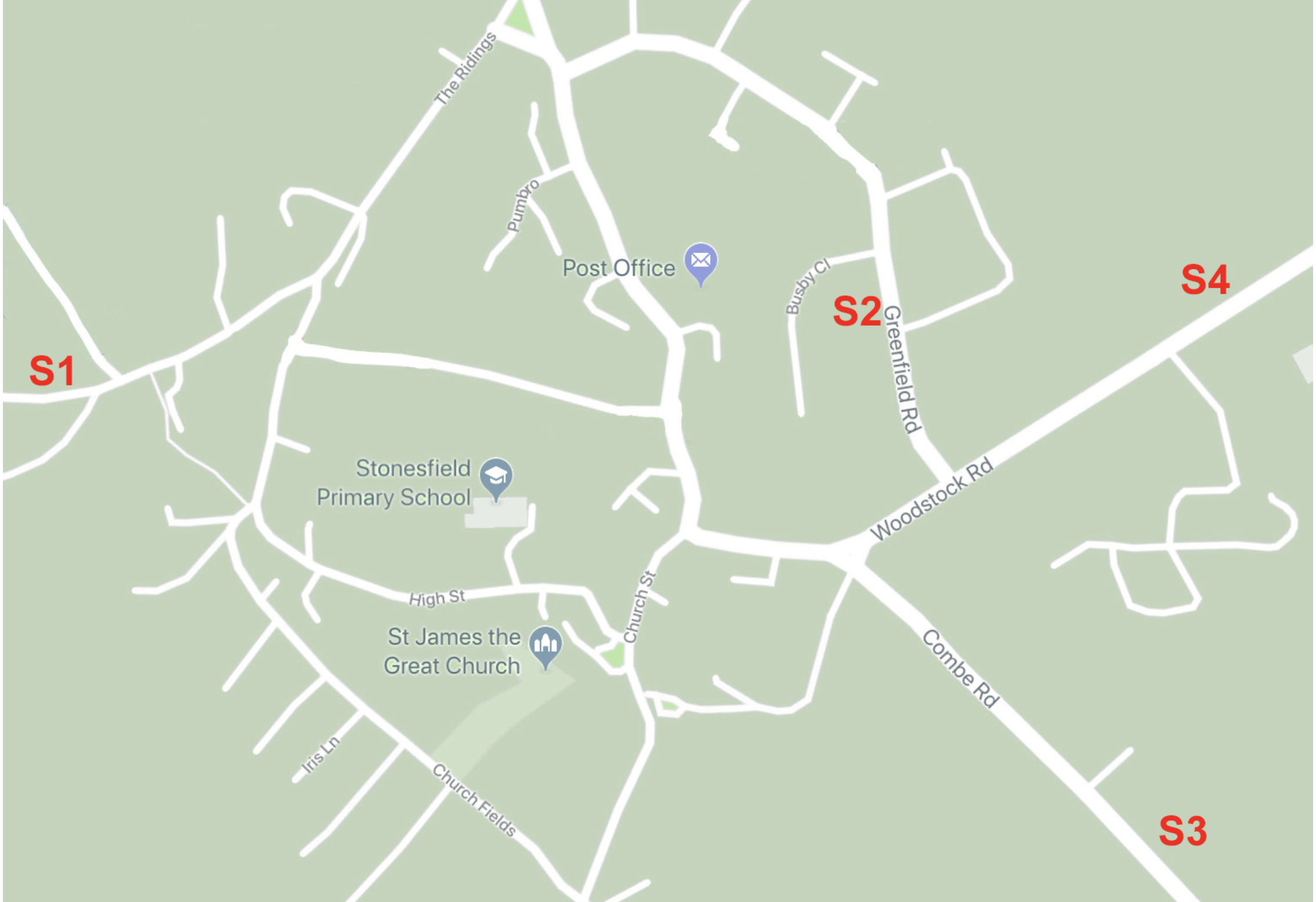 This data is still being analysed but this document provides a preliminary review.

There has been a 5% increase in traffic since the 2016 survey in Woodstock Road (page 9).

Peak traffic flows are 7 – 8 am and 3 – 6pm however there is significant flow from 7am to 7pm on all roads.

There is a ‘culture’ of exceeding the speed limit on all the entry / exit roads to Stonesfield as 33.8% of vehicles, on these roads, were exceeding the 30mph limit.

2,153 vehicles (6.5%) were travelling at over 35mph, speeds sufficient to receive 3 penalty points on a driving license, including over 300 vehicles that were recorded exceeding 40mph:

Longore has the lowest percentage of vehicles exceeding the speed limit and no vehicle was recorded as exceeding 40mph.

Most through vehicles use Pond Hill rather than the Greenfield Road / Longore cut through.

More details are in the attached document.