The Full Moon on 19th February was a ‘Supermoon’. Unfortunately it was not a cloudless night but, in the early evening, it was visible over Stonesfield 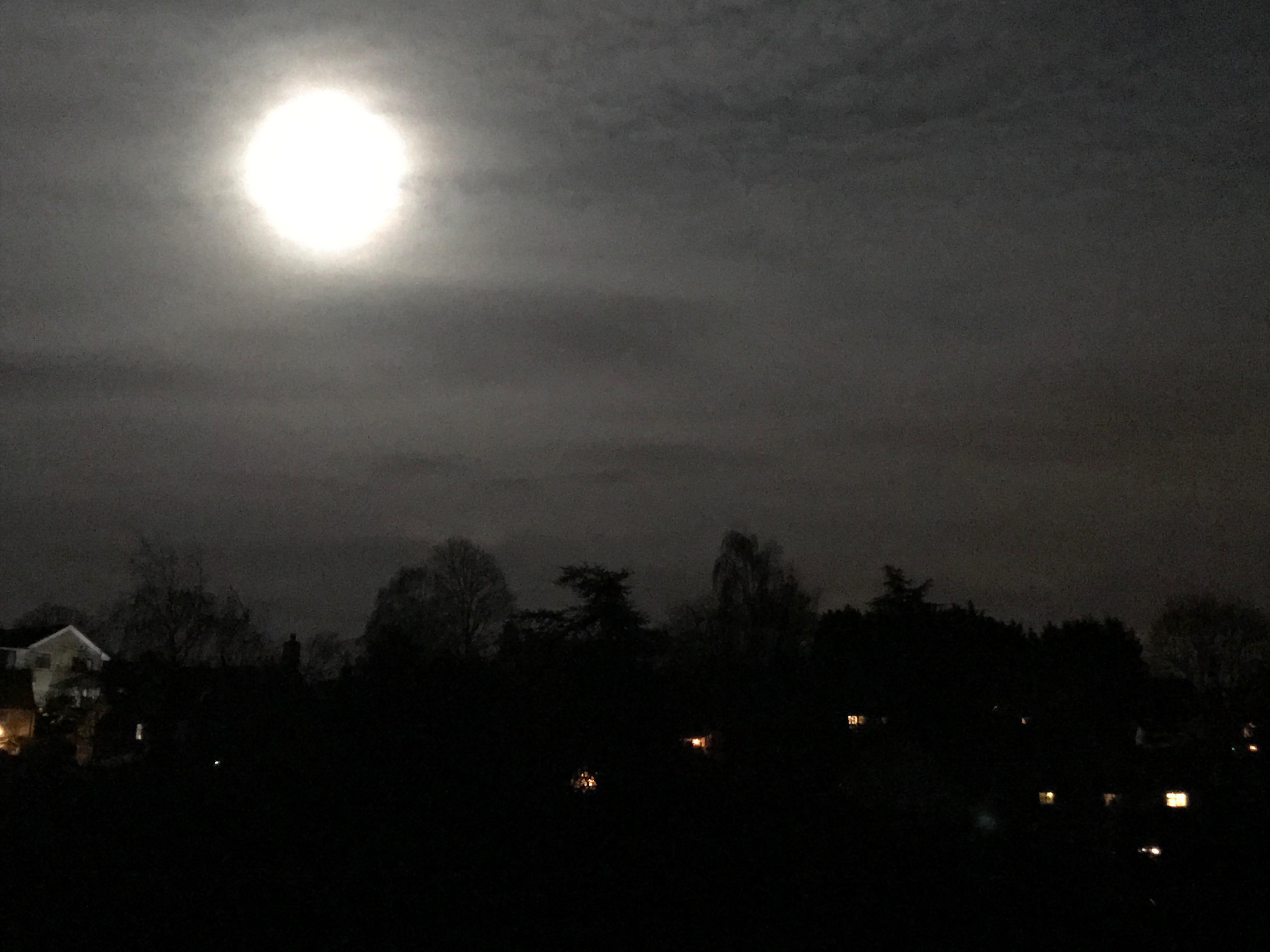 A Supermoon is a Full Moon that nearly coincides with perigee — the closest that the Moon comes to the Earth in its elliptic orbit — resulting in a slightly larger-than-usual apparent size of the lunar disk as viewed from Earth. It can also be a New Moon but, as New Moon is invisible from Earth, there is less attention paid.

Supermoon is not an official astronomical term. It was first coined by an astrologer, Richard Nolle, in 1979. He defined it as ‘a New or a Full Moon that occurs when the Moon is at or near (within 90% of) its closest approach to Earth in its orbit’. It is not clear why he chose the 90% cut off in his definition.