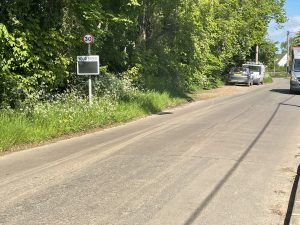 In anticipation of the closing of Laughton Hill on May 18, one of the Speed Indicator Devices (SID) was moved to Combe Road.

It will remain there for at least three weeks, the duration of the Laughton Hill closure.

At the same time a updated report from the data held by both SIDs was prepared for the Parish Council, part of which is summarised below