A tribute to the River Evenlode

A new bench unveiled in Stonesfield 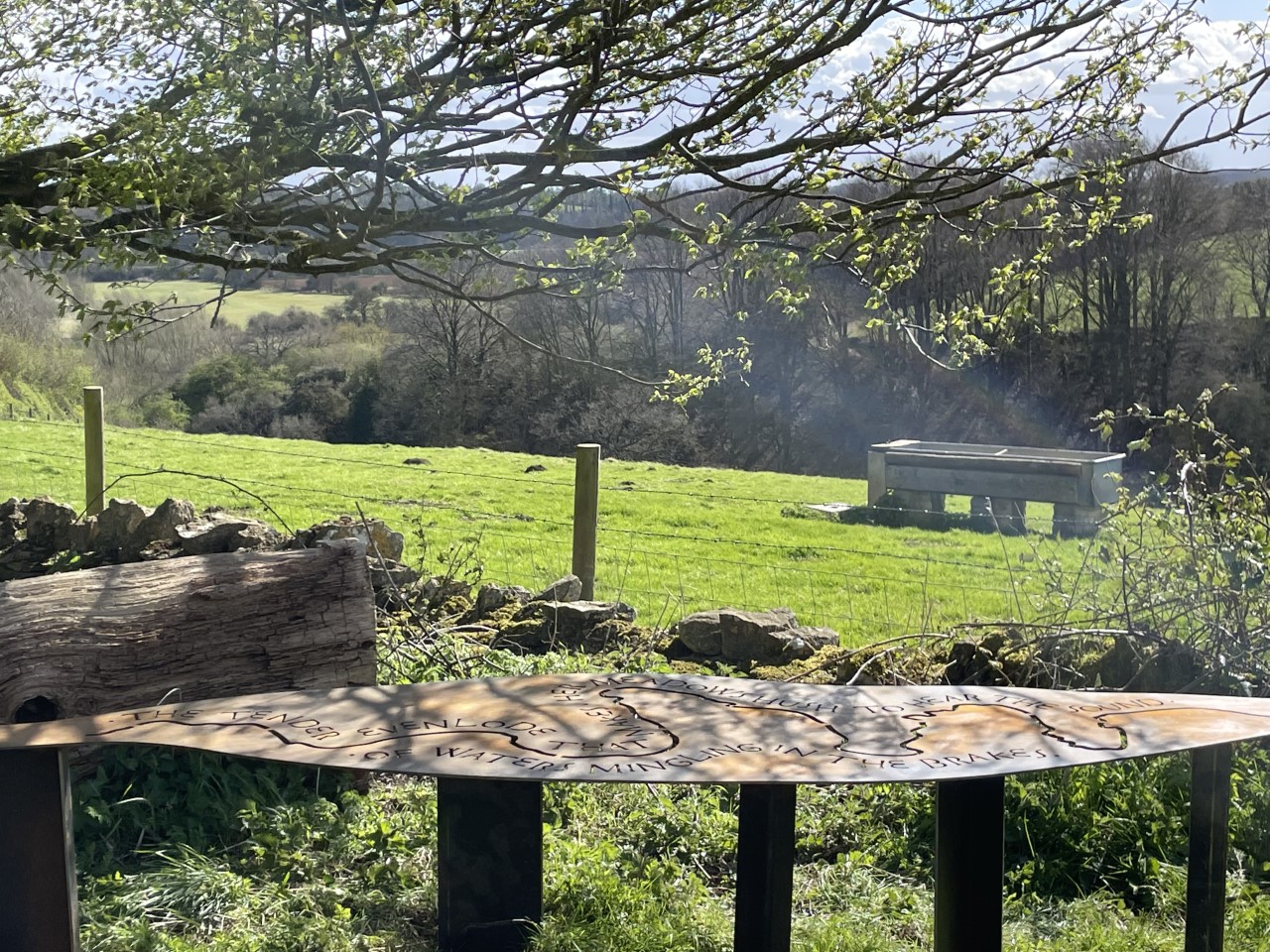 Designed by Stonesfield based artists Genny Early and Tony Davis, the artwork represents a willow leaf and the winding stretch of the River Evenlode, from Fawler Mill through to Combe, and features lines from “The Evenlode” poem by Hilaire Belloc: 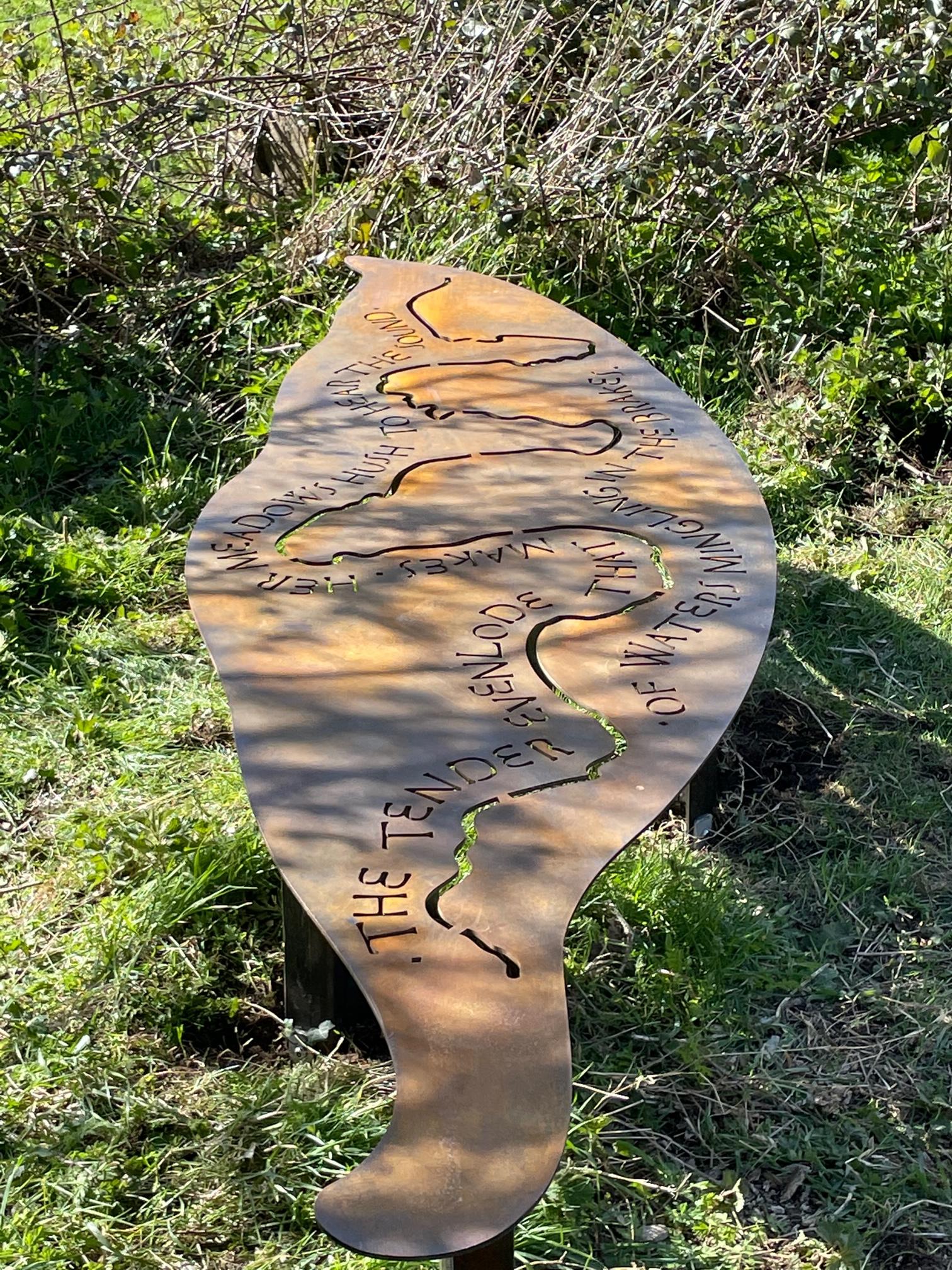 The public art project was commissioned by Stonesfield Parish Council, and funded by S106 developer contributions to improve social infrastructure.

Genny said “It has been a pleasure to work on this public art project with Stonesfield Parish Council. With so much focus on the health of our rivers at present, this is a fantastic opportunity to draw attention to the beautiful River Evenlode, not only the river itself but the surrounding valley, and the fantastic ongoing work that groups such as the Evenlode Catchment Partnership are doing to restore the health of our rivers and surrounding floodplains and wetlands. We hope both Stonesfield residents and passers-by from further afield will take a moment to enjoy the bench.”

The bench was laser cut and welded by Precision Sheet Engineering of East End, less than 3 miles from where the artwork has been installed, making this a truly local art project. 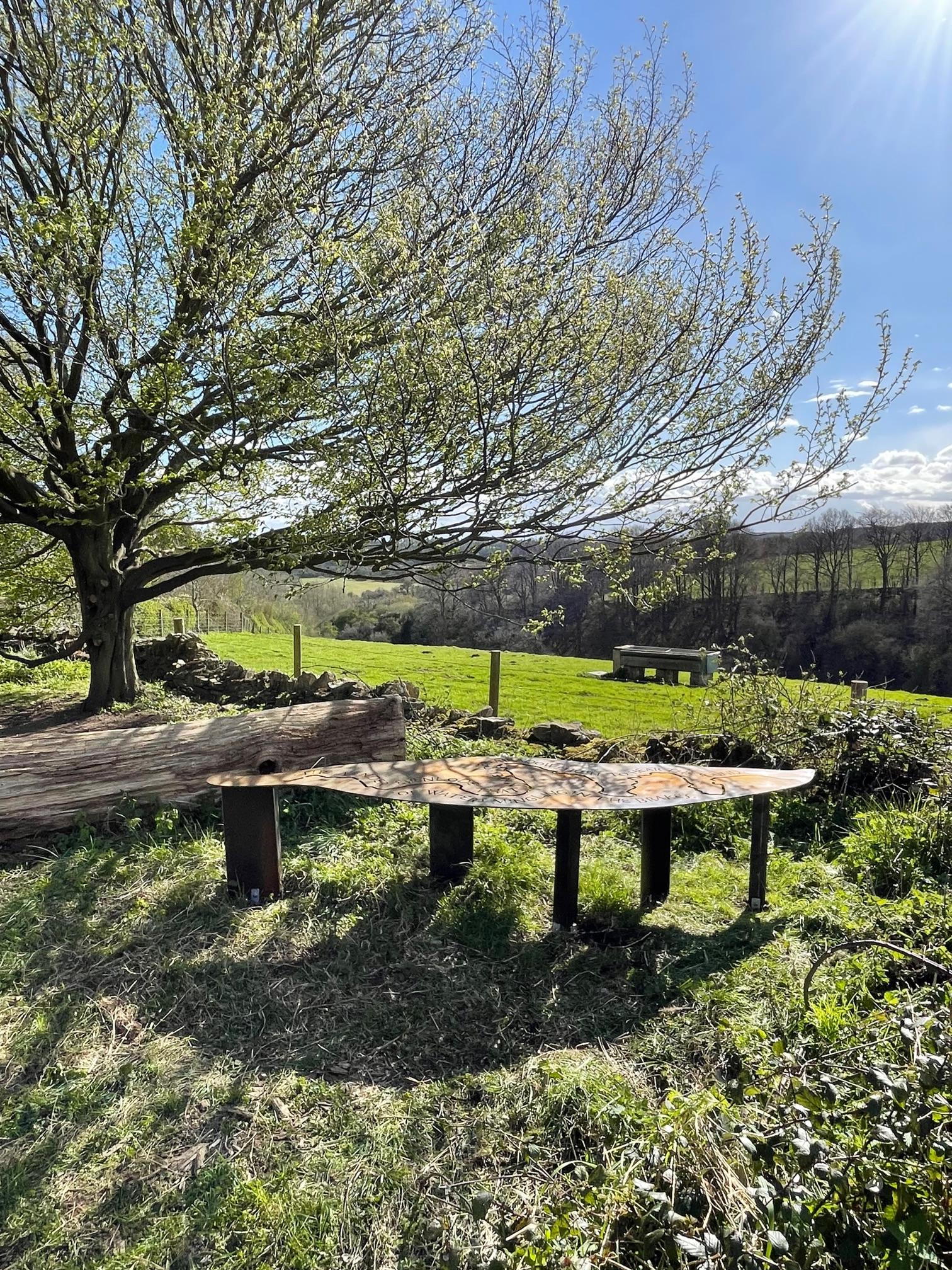 Positioned at the bottom of Brooke Lane, at the top of the “Stonesfield Steps” which lead down to the River Evenlode, it is close to where the first fossil bones to be identified as those of a dinosaur were discovered by William Buckland in the early 19th century. Later named “Megalosaurus”, the fossils found in Stonesfield can be viewed in the Oxford Museum of Natural History.

Any questions, or feedback, on the bench, please contact Councillor Simon Powell, Stonesfield Parish Council, via the Parish Clerk: clerk@stonesfieldpc.uk